THE COLLOCATION IN LANGUAGE TEACHING

It has been argued that a word is best learned from its context, showing the importance of learning various lexical combinations occurring in sentences. Several major variations of lexical combination can be identifies, each exhibiting varying degrees of cohesiveness. One of the famous lexical combinations is called collocations. Collocation is defined as the co-occurrence of words in a text. The term ‘collocation’ is generally used in discussing the nature of lexis and its relation to grammar (Nation, 2001). Even though lexis is usually contrasted with grammar, they sometimes have a close relationship with each other.

This study investigates the pattern of collocation of the high frequency words occurring in two corpora, economics and academic corpora. The collocational behavior of these words in both economics and academic texts is compared. It was found that the difference in the richness of collocations in the two corpora is simply due to the difference in the text types of these two corpora. In the economics corpus which consists of texts on one topic, there is more opportunity for significant collocations to be repeated. The chance for the same collocates to occur frequently is greater than in the Academic corpus. In the Academic corpus which consists of many differen texts, there is smaller chance for the same collocates to occur repeatedly. There are very few collocates in the Academic corpus which do not occur in the Economics corpus. However, only a small number of collocates occur very frequently in both corpora.

INTRODUCTION
Teaching English for specific purposes should be designed carefully in a way that it can meet the students’ need. This present study was carried out based on the idea that there is a need for vocabulary control in language teaching (Nation, 2010: 73). It looks at the features of words in a text book which is widely used internationally to teach economics and seeks to find the most important words needed in order to read the text book.

This study attempts to investigate the nature of collocation occurring in economics vocabulary by analyzing a widely used economics text book, Parkin’s Microeconomics, in terms of the vocabulary used. The study is based on computer corpus analysis including word frequency counts. There has been very little research similar to this where vocabulary in a text is analyzed and identified for the purpose of ESP teaching. The aim of this study is to find the collocational behavior of the high frequency words in both economics and academic texts?

What is Collocation?
Collocation is defined as the co-occurrence of words in a text (Sinclair, 1991: 170). The term ‘collocation’ is generally used in discussing the nature of lexis and its relation to grammar (Nation, 2001). Even though lexis is usually contrasted with grammar, they sometimes have a close relationship with each other.
A word is meaningful whenever it is seen in connection with other words in a text. Certain words occur together significantly. This co-occurrence is called collocation. Take, for example, the phrase ‘low price’ which is used so frequently in an economics text that it springs readily to mind; it is psychologically salient as a fixed phrase in English. Thus, we call it a fixed combination, recurrent combination or collocation (Benson et al., 1986). Thank collocates with you as in thank you. The word lean collocates significantly with the word meat. ‘A significant collocation is one in which the two items co-occur more frequently and regularly than could be predicted on the basis of their respective frequency and the length of the text under consideration’ (Martin et al., 1983: 84). The word thank, in the above example, occurs with the word you more frequently than, for example, the word her or him as in thank her or thank him. Therefore, the latter is not considered a collocation.
Several collocational patterns occur as fixed combinations. The items may co-occur simply because the combination reflects a common real world state of affairs (Gairns and Redman, 1986). For example, pass and salt collocate significantly as in ‘Please pass the salt!’, because people often want other people to pass them salt. The following is an example of some fixed combinations in collocation:
• cats and dogs: as in It’s raining cats and dogs, but not dogs and cats;
• after all, but not before all;
• mother tongue, but not father tongue; etc.
• the fast train, but not the quick train
• fast food, but not quick food
• A quick shower, but not a fast shower
• A quick meal, but not a fast meal

The examples above indicate that the words with their company are linked together quite closely. The words in these fixed pairs sometimes have a different meaning from their individual meaning. We can notice the word of and course as in of course have their own individual meaning. The word of and course in this context are different from the wordof and course in other contexts, such as instead of, way of life, an English course, course work, etc.
Trimble (1985) considers that noun compounds are a major source of difficulty. Noun compounds can be defined as ‘two or more nouns plus necessary adjectives (and less often verbs and adverbs) that together make up a single concept; that is, the total expresses a “single noun” idea (Trimble, 1985: 130 – 131). In economics text, many noun compounds are found such as maturity structure, net present value, price-earning ratio, and so on. These collocations may be a major source of difficulty and for this reason these compounds deserve special attention.
The terms node, collocate, and span will often be used in this discussion. ‘A node is the lexical item whose collocational pattern is being investigated. A collocate is any lexical item which co-occurs with the node within specified co-text. A span is the context within which the collocates are said to occur. Span positions of collocates are numbered according to their distance from the node’ (Martin et al., 1983: 84). The word low, as in low price, is a word whose collocational pattern is being investigated; and price is a word that co-occurs with the node and is therefore called a collocate. In this case, the collocate price occurs at span position N+1 of the node low.
However, node and collocate can alternatively be used depending on what word is being investigated and what word is appearing as a co-occurrence of the word. If, for instance, we investigate the collocational pattern of the word price and notice that the word low co-occurs significantly with it, then price is the node and low is the collocate with span position of N-1.

Lexical Items in EAP
In general English vocabulary, words are usually classified into high and low frequency. The high-frequency words are typically small in number but occur very frequently in a wide range of texts. The low-frequency words are many in number and occur infrequently with a narrow range. For general purposes the words in the first 2,000 words of General Service List of English Words, called GSL (West, 1953), are considered as high-frequency words. All other words are considered as low-frequency words.
In EAP, low-frequency words in general English may have a very high frequency in a specialized field, along with a special meaning. These may be termed technical vocabulary, although as we shall see later in this study, this group of words is not easy to define. Some researchers have shown that technical words do not usually cause great difficulty for second language learners (Ghadessy, 1979).

Hewings, A. 1990. Aspects of the Language of Economics Textbooks in Dudley-Evans, T. and W. Henderson (Eds.). The Language of Economics: The Analysis of Economics Discourse, ELT Documents: 134. Modern English Publications, British Council.
Johansson, S. et al. 1978. Manual Information to Accompany the Lancaster-Oslo/Bergen Corpus of British English for Use with Digital Computer. Department of Linguistics, University of Oslo. 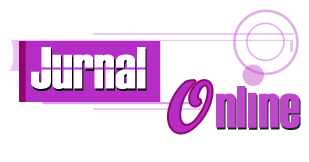